We departed Port San Luis at 3 am, and headed out under brilliant
starry skies... We found a pretty calm and relatively flat sea, and
made our way down the coast. Chad caught a fish, but it escaped as we
were netting it. Not 30 minutes later, though, we hooked another one
and managed to keep this one - even bigger than yesterday's fish! We
will be eating well for a few more days now (not that we weren't
eating well to begin with!)

We passed by Vandenberg AFB and could easily see the space launch
facilities from an unusual perspective; we then passed several oil
platforms -there aren't too many left on the California coast, but we
saw most of them pretty closely. After passing point Arguello, we made
for San Miguel island. Along the way, the wind picked up, and we
regularly were seeing 8-9 knots as the swell helped us along.
Fortunately, the crew seems to have become inured to the motion of the
boat, and we could easily eat and tend to chores.

Approaching the island, we saw whales (blue whales we think) up pretty
close! We reached the anchorange around 5 pm, and while it's very
pretty, the wind is howling -- we'll be keeping a close eye on the
anchor tonight.

Posted by BikeBoy at 9:00 PM No comments: Links to this post

Last we heard from the intrepid sailors, they had put in to Stillwater
Cove... The story resumes:

We set sail in the morning, figuratively speaking; the skies remained
grey, and winds very light. Mercifully, the swell was much smaller and
easier, and the fog higher, so although we spent most of the day and
the following night under motor-power, we were able to eat and
function pretty well.

We caught a fish on Sunday, a nice albacore, who gave us a delightful
dinner one night, lunch today, and another meal yet to come.

We saw lots of wildlife - some whales in the distance, many dolphins
and porpoises came racing over to play, including some at night
leaving glowing trails of bioluminescence in their wake.

This morning brought us past Moro Bay, and into Port San Luis by
lunchtime. We anchored and had the aforementioned fish for lunch, then
took the dinghy in to shore for a beer and a shower. We got the boat
ready after dinner for the morning's passage to the Channel Islands -
we will leave around 3 am, so as to arrive at San Miguel Island before
tomorrow night.

Posted by BikeBoy at 9:24 PM No comments: Links to this post

We made our way out the Golden Gate and right into the fog - cold,
gray and a big Pacific swell. Heading south, we split into two 4-hour
watches and made an average of about 4 knots. With the wind nearly
dead astern, and wind light and moving about, we had a hard time
keeping the headsail filled and elected to run through the night
under just the mainsail.

No one was feeling well in the rolling swell - it was impossible to
eat or drink, and the fog made it very cold and damp. By morning, we
were all wiped out, and decided to take a break.

We came in through the fog to Stillwater Cove, which turns out to be
right under the end of the famous Pebble Beach golf course! It is nice
and calm and still, we ate and slept up and cleaned things up on the
boat. The stars are out and magnificent for the moment, until the
marine layer comes back in.

We'll head out in the morning for Port San Luis, which is likely to
take another 24 hours. Our run yesterday was about 105 miles, which
wasn't bad given the conditions.

--chad, aboard the S/V Libertine

Posted by BikeBoy at 8:11 PM No comments: Links to this post

Voyage of the Libertine: Day 1

I'm aboard my friend Will's sailboat, Libertine, in Oyster Point marina (South San Francisco) -- we are leaving this morning for a journey down the California coast, to the Channel Islands and back. With Will as the captain and Coleen, Alan and myself as crew, we will be on the water for the next 6 or 7 days; next stop is planned to be Port San Luis. I will post updates as connectivity permits! We should be underway by 10 this morning.
Posted by BikeBoy at 8:31 AM No comments: Links to this post 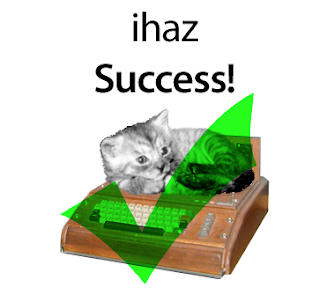 My phone is much more entertaining now!

Posted by BikeBoy at 11:08 AM No comments: Links to this post

Riddle of the day

I have not figured this one out yet...

Posted by BikeBoy at 11:07 AM 2 comments: Links to this post

So, Mark Weir and Rachel Lloyd pick a crazy route to ride around Downieville, and then sucker some poor folks into going with them by holding out a new bike as a carrot -- what a great idea! They call it the Hell Ride. Check out the route and stats -- I can't believe these guys did it in under 8 hours! That's just rippin'. Either one of the loops in this course makes for a pretty decent ride.
Posted by BikeBoy at 11:43 AM No comments: Links to this post